Members of the EPF are allowed to withdraw a portion of their funds to invest in approved unit trust funds. The process of withdrawal and return of funds for this investment process was manual and took between 7 to 14 days, during which the unit trust companies had to pre-fund the purchases of the fund units, leaving these companies exposed to the vagaries of price fluctuations. The redemption process in which the EPF members sold their investments and have the proceeds credited into their respective EPF accounts also took a similar timeframe.

Furthermore, the process was also exposed to possible human errors as fingerprints had to be verified manually as part of the approval process, which was also paper-driven.

In 2008, the Federation of Malaysian Unit Trust Managers (now known as the Federation of Investment Managers Malaysia or FIMM) appointed Rexit Software as the Third Party Administrator (“TPA”) to facilitate the process between the various parties. The implementation of the e-Pilihan Pelaburan Ahli (“e-PPA”) reduced the processing time of both the investment and redemption process to no more than 3 days in total.

How Does The System Work?

The e-PPA was designed to connect the various unit trust companies (called Institusi-institusi Pengurusan Dana or IPD), EPF and the participating bank so that the submission and processing of applications are seamless and automated, once they are loaded into the system. 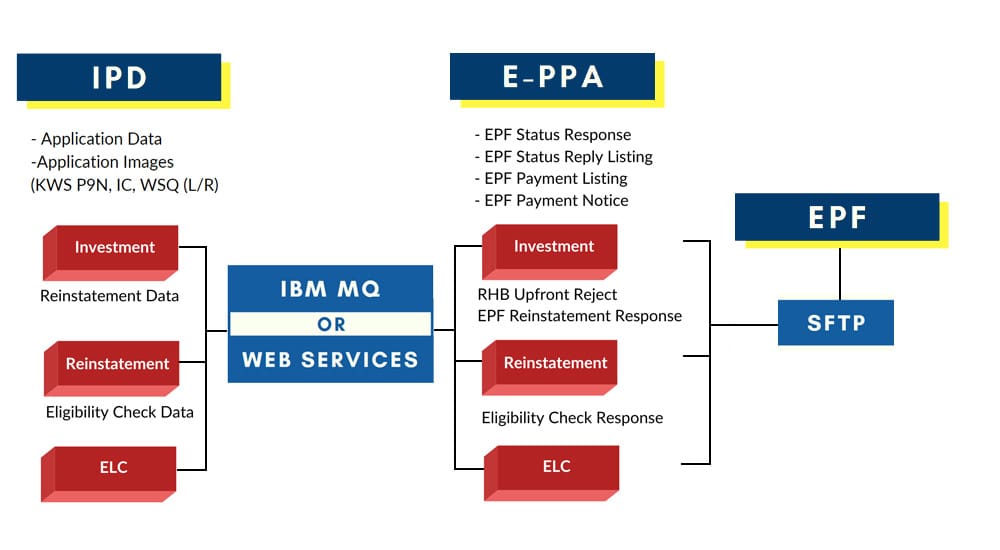 For eligible members, the IPD will submit the scanned copies of the EPF Withdrawal Form, identity card in TIFF format, the encrypted thumbprints in Wavelet Scalar Quantization algorithm (“WSQ”), which is a compression algorithm used for gray-scale fingerprint images format, together with the withdrawal data, using the e-PPA system.

Prior to transmission to EPF, the e-PPA system will carry out a series of checks and validations to ensure the submissions comply with the EPF submission requirements. Any data or files that fail the validation checks would be rejected upfront and returned to the respective IPD without being transmitted to the EPF. These upfront checks also include the verification of the encrypted fingerprint quality.

Similar checks are also carried out by the e-PPA system on reinstatement/ redemption of funds applications submitted by the IPDs, before they are transmitted to the EPF.

Additionally, the e-PPA also receives bank transaction details to confirm the deduction and credit of the EPF members’ accounts and to disseminate the same to the respective IPDs.

The use of the scanned fingerprints using the WSQ algorithm helps to the EPF to eliminate the need for eyeballing applications as part of the approval process, thus reducing the processing time and improving approval accuracy.

However, each service module may be enabled or disabled whenever there is a directive from EPF or FIMM.

Besides the obvious improvements in efficiency, the e-PPA has helped to considerably shorten the processing time to no more than 3 days from the original timeframe of up to 14 days.

The reduction in the investment application means that the IPDs funding requirements and market exposures are reduced significantly.

For the EPF members, the new processes means that they are able to know the fate of their investment applications in a much shorter time while the faster return of funds to their EPF accounts upon redemption translates into dividends earned from their contributions.

The automation and inclusion of various automated checks and validation processes means that potential human error and fraud can be eliminated.